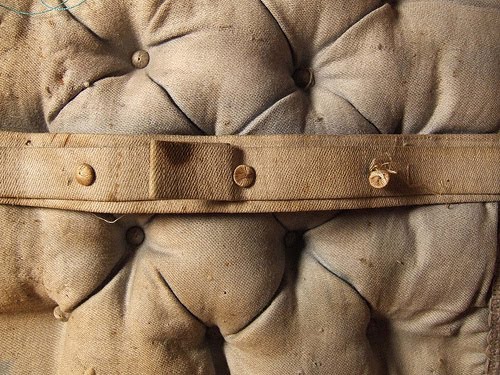 APPI was privileged to be invited along to an undisclosed location on 3 September, 2011 by Andrea and Attila from Validate.

History of this facility is that it came into existence in 1890 when the government of the day purchased it for 15,158 pounds, for the purpose of establishing a lunatic asylum. The sale went ahead despite a local protesting on the grounds that it may possibly contaminate the city’s water supply.

No major epidemics appear to have affected the patients during the past 100 years although there appears to have been minor outbreaks of typhoid in 1913 and 1929. The great pneumonia influenza pandemic of 1919 did not leave the facility untouched

Most of the patients and the majority of the staff were affected by it. One or two isolate cases occurred during June of 1919 but the full fury was felt during the last week of July and the first three weeks of August. No staff died, but 21 patients did, 2 female and 19 male.

In 1942 the state government offered the facility to the Commonwealth Government for use as a military hospital, the patients were transferred to city hospitals with the female nursing staff and some male staff.

This facility is like a labyrinth of buildings. We were fortunate to have access to five of the buildings to investigation.

It is interesting to note, that while I was driving to the facility, it came to me that I was going to come into contact with a 'lady' there. I affectionately termed her "my lady". I felt she had lost a child, and subsequently lost her mind. She was a beautiful, gentle soul who lived at the facility for the majority of her life. To her, it was a home and the patients and staff were her family. She was a delight to connect with.

When we arrived at the facility, I went for a walk with Andrea. I came to a room, not far from where our base was set up, and immediately I wanted to burst into song. I wanted to sing "I could've danced all night" from My Fair Lady. As I said this out loud, cold shivers ran down my body - 'My Lady'... could I have meant "My FAIR Lady?" The more I talked it through with Andrea, the more positive I was. I could imagine her being in this room. It was a recreational room. I could see her twirling around to the soundtrack of the Audrey Hepburn classic, singing her favourite song. During all of my time studying mediumship, and all the investigations I have taken part in, I have never felt so strongly connected with spirit as I did in that room.

We managed to visit all of the buildings opened for our investigation, and I felt varying things in each building. In the maximum security building, I felt the residual pain of a schizophrenic patient. In another building, more open than the others, I connected with a down syndrome man who loved playing with a deck of cards. And I learned much watching the monitors with Attila Kaldy, as he showed me the difference between dust orbs, moisture orbs and bugs.