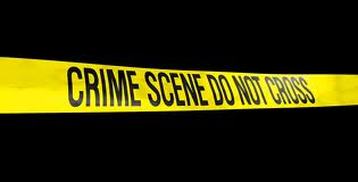 Flicking through realestate.com, advertisement reads:  ‘Commanding a striking street presence in a blue ribbon location, this quintessential Federation residence has been sympathetically renovated with exquisite appointments and generous proportions.  Beautiful characteristics are in abundance, from stunning fretwork arches to bay windows, fireplaces, ornate staircase, decorative high ceilings to parquetry and tessellated tile flooring. The extensions have been impeccably done to the finest detail - it is impossible to see where the original house ends and the extensions begin’, sounds divine! What the agent hasn’t divulged is the murder suicide that took place there 3 years ago.  The current owner’s report of being woken from their sleep by doors slamming, footsteps up and down the hall and shadow figures at the end of their bed.  The property has been listed for sale for 12 months now and the price reduced several times with prospective buyers advising the agent that the house doesn’t quite ‘feel’ right.


In 2004, L.J. Hooker Ryde were fined $20k for selling the Gonzales murder home to a Taiwanese couple for $800k neglecting to outline its history.  In New South Wales, Section 52A of the Conveyancing Act 1919, states that a seller of residential property must disclose defects in title and defects in quality of title by way of documents and certificates attached to the contract of sale.  This section is meant to include properties where a murder, suicide, violent crime or other horrific event has occurred at the property.  The Taiwanese couple managed to pull from the sale and the property was re-listed with this -"Notice to Buyers: This property is being sold under instructions
from the Trustee of the Estate of the Late Teddy and Mary Gonzales.  Mr and Mrs Gonzales together with their daughter were murdered in the house on 10/7/01."  The property eventually sold to a mystery buyer for $720k after two long years on the market.


In August 1969, one of the most infamous crimes of the 20thcentury occurred.  The Manson Family went on its first murder spree in a bungalow in Benedict Canyon, Beverly Hills.  This was the home of heavily pregnant Sharon Tate and movie director Roman Polanski.  In the early 90s this property was sold at full value.  The new owner could
not resist the stunning views of Los Angeles and not long after purchase tore the home down and built a 10,000-square-foot Mediterranean mansion.  A prime example of no matter how heinous the crime, eventually things can return back to suburban normality.

In the dusty country town of Junee NSW stands Monte Cristo Homestead.  Many have heard its legend; many have spent a night under its harrowing tin roof.  After a hot meal lovingly prepared by Olive Ryan, her husband, Reg Ryan takes you on the tour of the homestead and its grounds.  Between the awe of the antiques and the chilling stories of death and murder it’s a property that leaves an imprint for sure.  A wonderful example of embracing a property with a tainted legacy and opening it
for all to experience…as well as making a pretty penny…for the upkeep of course.


In 1999 police discovered the remains of eight bodies in barrels in various states of decomposition stored inside the vault of a disused bank at Snowtown, Adelaide.  There were eleven Snowtown murder victims in total with one murder actually occurring in the bank itself.  This was a high profile horrific case so prospective buyers would have to
be living under one hell of a rock to not know what they were getting into. This property recently sold for $200k, with the new owner planning to live in the adjoining home and utilising the bank for a business.  They have stated that they plan on placing a plaque on the vault in memory of those found there.


So it would seem that personal preference would dictate the choice of ‘buyer beware’, ‘business as usual’ or ‘horropportunity’.  The downside for those of us who are interested the morbid side of life is that once a location is torn down its gone forever. The physicality of its gruesome history is nothing but a story.  For those that are re-used, we can live in hope that they become available sometime in the future.  Fair enough that the bio-cleansing companies do their duty of removing the various elements of persistent decomposition and the tell-tale human outline from the hardwood floor.  The reputation of a murder house will linger leaving owners no choice but to make
alternative solutions necessary, or, turn it into a tourist destination…being the true-crime buff slash paranormal enthusiast I am, I personally prefer the latter.