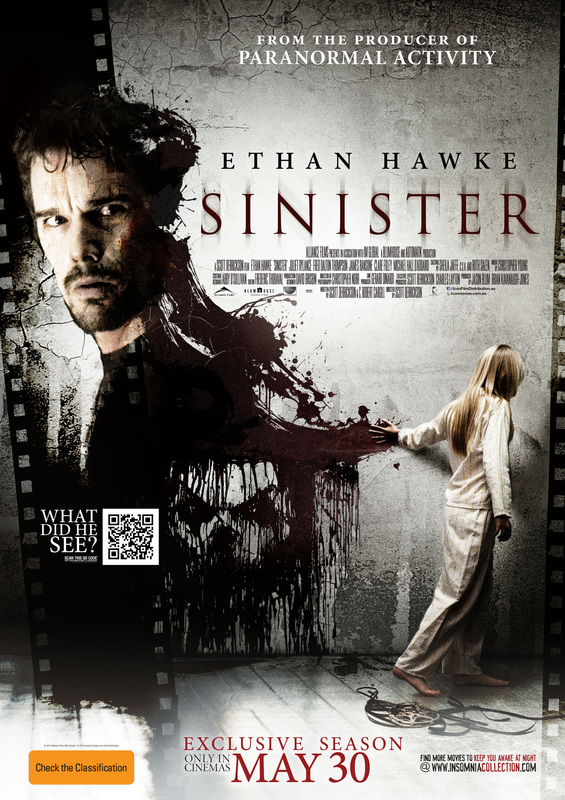 Prepare to be scared...

To promote the release of the new supernatural thriller, ICON FILM DISTRIBUTION have given us some prize packs to give away!  Keep an eye out on our Facebook page for competition details

Synopsis:
A new frightening supernatural thriller from the producer of the Paranormal Activity films and the director of The Exorcism of Emily Rose, SINISTER stars Ethan Hawke as Elison, a true-crime writer who lacks inspiration and decides to move into a new home with his family. When he discovers a box of disturbing 8mm films in his attic, he watches a series of gruesome crimes and begins to delve further into the story. He soon uncovers a terrifying truth that could put his life and the lives of his family at risk.