Join APPI as we take you around the Casula Powerhouse Arts Centre and tell you the history of the venue, the land it is situated on, and share with you some of the spooky stories that have taken place.

Perhaps you will catch a glimpse of Alma, chasing her ball along the first floor hallway... or maybe Crispy will make himself known to you in the theatre... you may even met up with one of the other resident spooks who have lingered on the premises long after their time was up.

Hear what has happened to past guests, to staff at the venue, and to patrons of the centre.

This tour includes coffee, tea and biscuits at its conclusion.

Due to adult content, admission is strictly for 14 years and over, with a parental guardian.

SPOOKY SLEEPOVERS
Sleep Over Nights dates can be arranged - our next night is Saturday 23 July. Tickets HERE.

The Paranormal Investigator Sleepover Nights include a tour of the Casula Powerhouse and grounds, reliving the stories of paranormal activity and a brief workshop on what a paranormal investigation entails.

Using a variety of equipment, you will conduct detailed experiments, in an attempt to capture evidence of the paranormal. Equipment includes:

Spend the entire night in a wonderfully creepy location, locked down in the dark for you to enjoy.

A light supper and breakfast is provided. Tea and coffee available all night.


PLEASE NOTE: Bring your sleeping gear (sleeping bag, mat, pillow etc), any paranormal equipment you may wish to use and munchies to keep you energised throughout the night.

READ THE WEEKENDS NOTES ARTICLE ON OUR PARANORMAL SLEEPOVER HERE!
​ 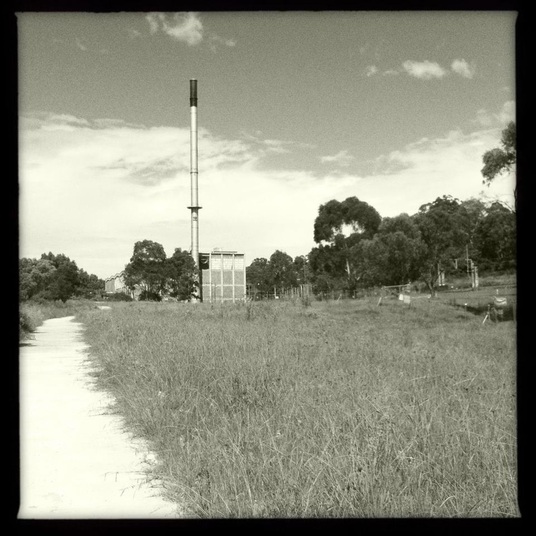 This is THE BEST ghost tour I have ever been on! You wouldn't think it by looking at the building, but the energy is everywhere! The tour guide, Pete was so knowledgeable, funny and has the gift of adding just the right mix of spookiness. I will be back - and I will bring my friends!
- Samantha - Bowral, 2015

I had such a fun and interesting time on the Casula Powerhouse ghost tour! I'd never been to the Powerhouse before so it was worth visiting for the art and architecture alone, I was particularly impressed with the way the arts centre has been integrated into the original power station building, and the tour takes in areas of the building not usually open to the public. The investigators were welcoming and friendly. In addition to learning about the history of the building and it's surrounding area - as well as hearing many ghost stories - I also had some insight into what the investigators do and even had some paranormal experiences of my own.
- Lorraine from Campbelltown

When I went into the Artist Studio I had a feeling like I was being watched. I couldnt' take my eyes off the door, and then there was a distinct knocking on the door.   Love the Casula Powerhouse, great tour! Well done APPI.
- Belinda from Glenfield

Thanks to Peet Nic and Steph for a informative and Adventurous night! Had a great time!! That place is so active it makes me very excited!!!
- Jenny from St Mary's - Feminine Spirit

"I felt like someone was next to me on many occasions. I saw a figure in the theatre and felt someone next to me. The equipment was a great experience to use. Thank you, I'll be back."
- Attendee from tour on 26 May, 2012

Thanks for an awesome tour at the Casula Powerhouse tonight . Will definitely be back very soon. Very spooky and had a great time. We got a few interesting evp's the tour. In the residence we got a voice saying get out and another which we don't really know what it's saying but sounds like I don't like anybody in there. In the theatre I asked what's your name and a few seconds later we had a evp's mimicking me saying what's your name.. Also got a few other voices in the theatre just a sigh ... ;) awesome stuff...
- Sascha, Sydney


Heard about these tours in our local paper, so decided to check it out.  What a fun time!  The girls from APPI really know their stuff!  They make the tour informative, full of history etc, plus give suggestions on who the mysterious ghosts could be, making it nice and spooky.  The venue is amazing!  I've been there before, for theatre shows, but never at that time of night, with no lights on.  I had a few experiences myself.  In the theatre, it looked like someone was standing in the wings of the stage, but nobody was there.  And in the Artists Residence, somebody pulled my hair.  I will definitely go back, and attend anything else the APPI girls organise. 5 stars!
- Corin Smith - Fairfield

We flew from Perth to Sydney and had a special tour at the Casula Powerhouse. Nic and Peet from APPI conducted a fantastic tour filled with titbits of history about the location and peppered with ghost stories about the powerhouse plus actual experiences that people had actually had there. The night we went there were several repeat guests who had previous experiences and it was great to hear what they had seen/heard first hand. What I loved about the tour was the girls didn't just tell "ghost stories" they had done research and tried to validate the deaths and find out who the spirits were that were there. Whilst there I heard a male voice in one of the rooms off the foyer when no one was in there and we also had a door open by itself while conducting a session as well as having our K2 meters going off and the sound of a chair being dragged. We had a lovely supper at the end.It was well worth the trip and the girls made us feel very welcome.
- Amanda Moloney
​
I've been on loads of ghost tours in my 33 years of life, but never one which was run by actual paranormal investigators, who talk you through the equipment, let you play with it, AND ALSO take you around a spooky venue and tell you ghostly stories. There were no theatrics, or people dressed up in costumes, kicking a bucket in a morgue. This was raw and real.  I had such a great time and the APPI people were so helpful and friendly!  I would recommend this tour to anyone, and can't wait to go back again.  Well done.
- Milson Everett - Surry Hills